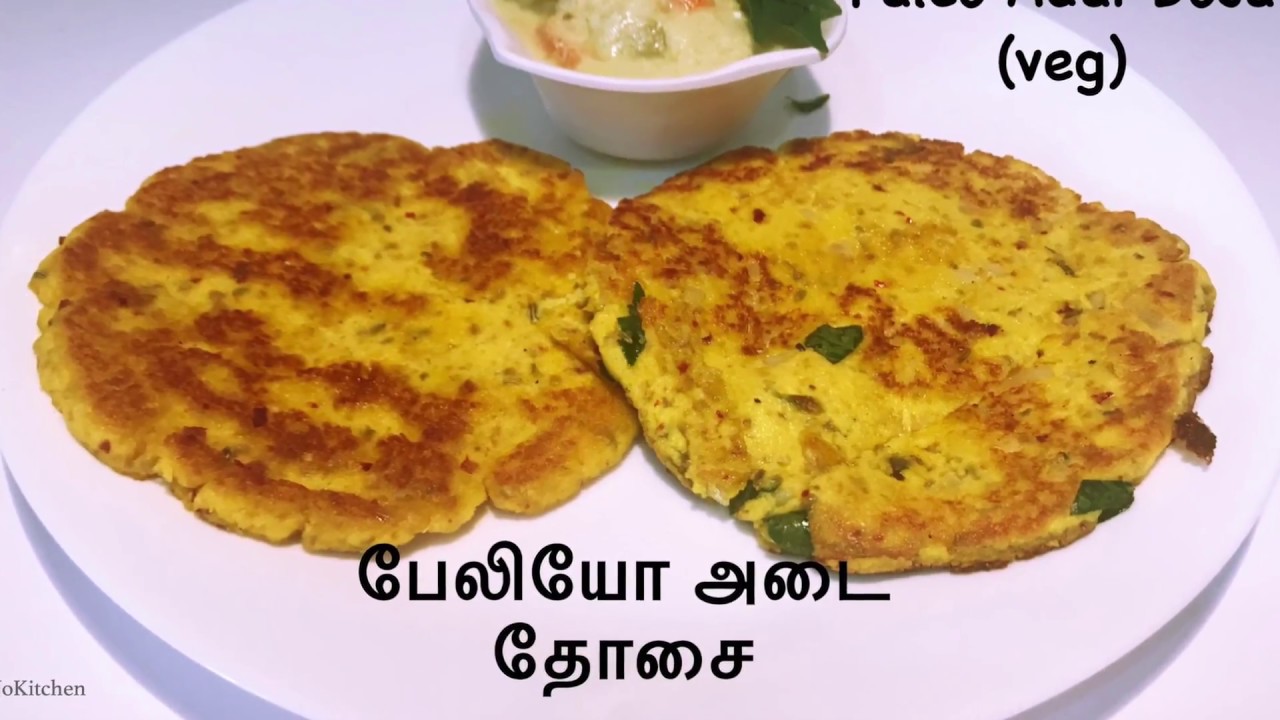 Adai avial is a very popular food in Southern part of India. We can make a paleo version of adai with avial.

This adai recipe is a fantastic one among my innovations on Paleo recipes. I feel really happy when it came out well.

Actually I tried suraikkai adai, and adai using egg / cheese where I was not at all satisfied thought it was good in taste. This paleo adai is a fabulous recipe.

This is more easy and simpler than the usual adai, also a healthier choice. Not only for paleo dieters, everyone can eat it.

Grind the sunflower seed coarsely and keep it aside.

Combine all the ingredients including sunflower seed powder and mix well.

Divide the dough into 2 equal parts.

On a plastic sheet place one ball and flat it using the fingers to make a palm sized adai.

Heat a dosa pan over low to medium heat and place the adai.
Cook for approximately 45 secs each side, you will get a crispy adai.

For a variation, add ltl chopped onion and chopped curry leaves and mix with the dough.

Make a tasty adai out of it.