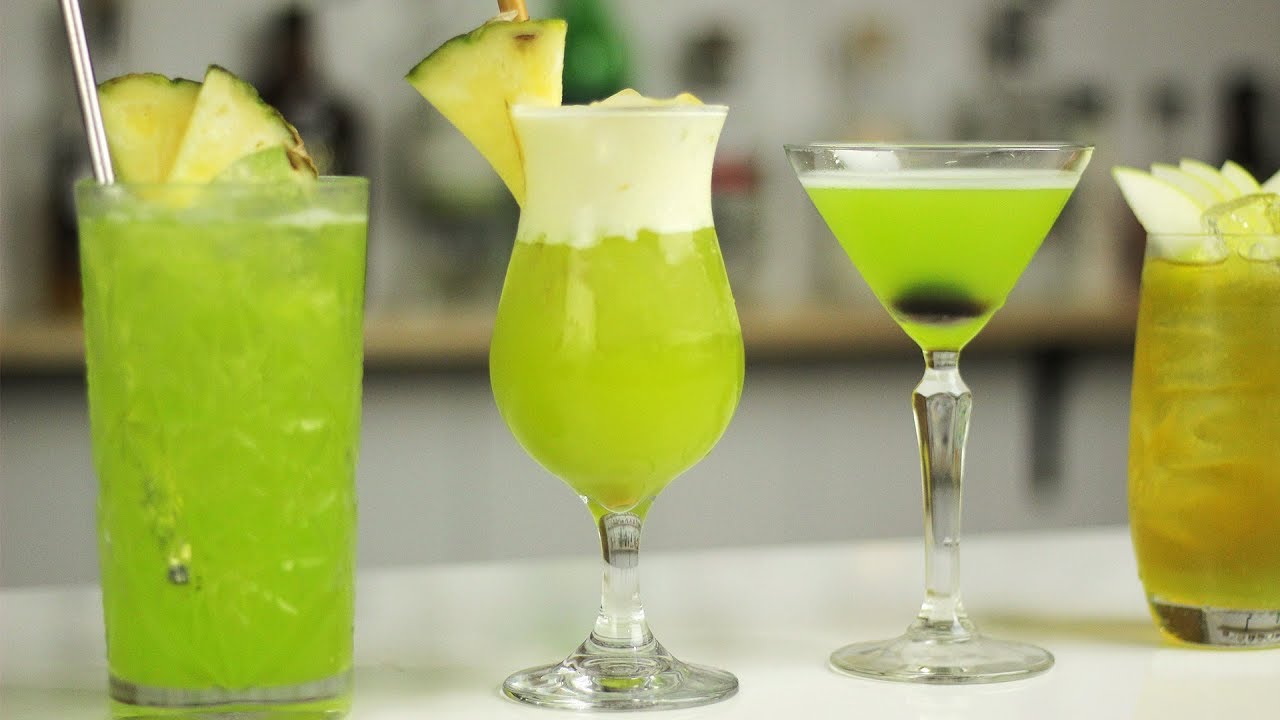 Cocktails
Share on Facebook
Share on Twitter
Share on Pinterest
Share on LinkedIn
WANT A BOTTLE TO BE FEATURED IN THE VIDEOS? (see below)
Midori is owned and produced by Suntory throughout the world. It was exclusively produced in Japan from 1964 and known as Hermes Melon Liqueur. It wasn’t until later that it was renamed to Midori which translates to “green” in Japanese. It started to gain traction in international markets after it was launched in New York City in 1978. It became a popular ingredient on back bars throughout the world.

The recipe was apparently tweaked around 2013 – reducing the sugar content and having a fresher melon taste, more reminiscent of the premium grade of musk melons that are used to produce the vibrant green liqueur.

MIDORI SOUR
This 3-ingredient sour recipe is by far the best Midori Sour version I’ve tried to date. The Midori melon liqueur has enough sweetness to balance the acidic lime juice and the egg whites bring a nice texture to this melon flavoured cocktail.

MIDORI ILLUSION
The Midori Illusion has also been known as a popular shooter recipe but serve it tall over ice and you have a sweet, refreshing, citrus and pineapple cocktail.

JAPANESE SLIPPER
The Japanese Slipper is a citrusy tart, melon cocktail that was first created in Melbourne (Australia) at Mietta’s Restaurant in 1984.

Own or distribute a spirit or liqueur and interested in your brand being featured within the videos?
Send samples to…
Steven Roennfeldt
Parcel Locker 10011 10474
65 Galway Avenue
Marleston SA 5033
Australia